Now that more and more people are becoming so health-conscious, with physical fitness in their minds, there are so many post-workout supplements and Canadian medications on the market today. However, it is quite hard to figure out if these are effective based on manufacturers’ claims.

The fact is, it is possible to replace all those supplements with traditional food nutrients – as in those you get from foodstuffs. The difference lies in the amount of the nutrients provided of these MISs and the convenience of intake. This is why people go for the latter, after all.

The question is: Are multi-ingredient supplements really effective?

Straight from the Horse’s Mouth:

What the Journal of International Society of Sports Nutrition is Saying…

One of the tests focused on the effect of MIPS or Multi-Ingredient Performance Supplements on strength, power, overall body composition and anabolic hormones before and after resistance training. 24 young men who are used to resistance training were asked to participate in this test.

The whole test, that is the supervised training program, is set to last for six weeks. All of the participants would have a waiting period of 36 hours before post-test to ensure that they will get chronic changes and not the acute ones from the supplement. 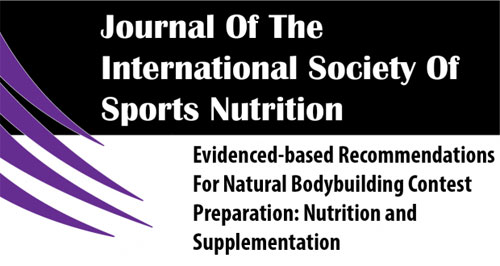 It has to be noted that before the experiment, there was no difference significant enough in the overall training volume, even if the lean mass was adjusted.

All 24 were subdivided into two main groups. The subdivision of the groups was determined by one factor: the initial maximum voluntary contraction = lean mass ratio.

One group received placebo. The other got an MIS known as NO-ShotgunW which contained whey, casein, branched-chain amino acids, beta-alanine, creatine and caffeine a quarter of an hour before the workout. That second group was also given NO-SynthesizeW which had whey, casein, branched-chain amino acids, beta-alanine and creatine immediately after the workout.

After the six-week experiment, an increase of 4.7% in the lean mass of the group which took the MIPS was seen. No such increase was seen in the placebo group. However, both of these groups showed an increasing trend in the lean mass.

In terms of arm and thigh circumference, the MIPS group got a 2.2% and 2.5% respectively. The placebo group got a 2.6% for the former. Besides those two, there were no significant circumferential changes for the two groups.

Let’s now move on to the relative peak torque of the MIPS group:
During the 30°sec-1 extension

The placebo group’s digits, on the other hand, are as follows:
During the 30°sec-1 flexion

For the MIPS group, the isometric variables really didn’t have any changes. However, the placebo one showed a 12.7% improvement in the peak torque. Their peak torque average went up by 12.2% and their relative peak torque increased as well at p = 0.053.

The Effects of Soy, Milk and Maltodextrin

Another test was made to compare the effects of soy protein, fat free milk (fluid) and maltodextrin consumption, specifically its effects on the accretion of lean mass after training.

56 young men ages 18 to 30 participated in this test. All of them had no weight-lifting experience and are not suffering from lactose intolerance. This test lasted for 12 weeks with five days used for resistance training. It is important to note that the initial mean height and body mass indexes of the subjects are not so different.

Each of those 56 was assigned, randomly, to ingest the following:

All those drinks were served in opaque containers and vanilla flavored so that the participants won’t be able to differentiate one from another.

Here are the results:

The effect of chocolate milk (fat free) on muscle glycogen, cellular and kinetic markers of protein turnover and the recovery from endurance exercises was also studied.

The test consisted of eight healthy men who were not on any medication or supplementation. All performed two random experiments: controlled exercises lasting 45 minutes with 3 hours recovery. Then they were asked to drink chocolate milk or a grape-flavored beverage, both of which are 480ml, non-fat, and has 296 calories.

It is notable to mention the recent studies about cocoa flavanols and their remarkable ability to increase vascular functions and blood flow.  But there is a wide margin in the quality and elements of chocolate milk and say finely-tuned whole dark chocolate extracts like flavonoids and polyphenols.

Here are the results:

The activity of the 26S proteasome increased (1.39 fold) for the grape juice group, while there aren’t any changes in the other. The baseline insulin concentrations for both groups are practically the same, although the chocolate group retained increased levels half an hour into the recovery. The same is true with glycogen levels.

All the studies show that protein intake for young adult males, right after exercise, can increase muscle mass as opposed to the alternatives which are non-nitrogenous.

Also, milk protein has a greater effect on fat catabolism and muscle anabolism compared to its soy counterpart. It is possible too that SHOT and SYNTH supplements do not have a positive effect on the quality of lean muscle. Improve the lean muscles with Canadian Health&Care Mall supplements and medications.

We will not go into further discussion about the health effects they can cause to the brain (good or bad) but you get our drift to start dancing with. Let us know in the comments below.